We are governed by a Board of Trustees which has overall responsibility of our conduct and management as a charity. They set the long term strategic direction that enables us to work towards achieving our vision. You can find out more about our trustees here: 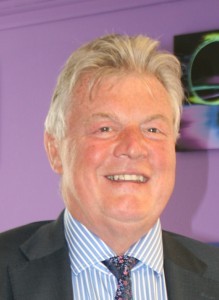 David became Vice Chair of the Board in 2018. His first involvement with Percy Hedley was to be the inaugural Chair of the Audit Committee in January 2013, joining as a Trustee a year later when he took over as Chair of the Finance Committee.

He is the former Managing Partner of Tait Walker LLP, one of the leading independent Accounting firms in the North East. Latterly he has been concentrating on his work in Forensic Accounting.

He is currently the Deputy President of the Northern Society of Chartered Accountants and also sits as a Trustee of Mental Health Concern amongst his other posts. 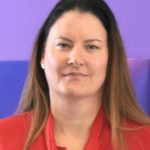 Lisa has over 25 years’ experience as a general manager and in HR. She was Group HR Director for LSL Property Services PLC for 13 years until 2016. During this time she completed an MBA at Durham University and ran the Disney Marathon as part of a wider fundraising project for Cancer Research UK.

Lisa is currently a trustee for The Key, another North East charity, and is a Non-Executive Director for Tracsis Plc and Bernicia Housing.

Lisa is a keen dog walker, a less keen runner and one day would like to learn to play the piano. 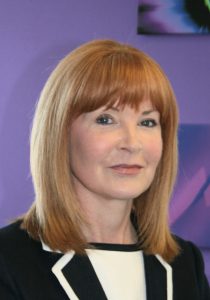 Angela was appointed to The Board of Trustees in 2010.  She has served on many committees within the Foundation including the Capital Appeals and Nominations Committees.  She is also a trustee of the Pension Scheme.

She is a former teacher and solicitor of 25 years experience at a senior level.  She represents children and adults with brain injury acquired at birth or neonatally.  She has lots of experience in issues around disability from benefits, equipment, education, care and medical treatment. 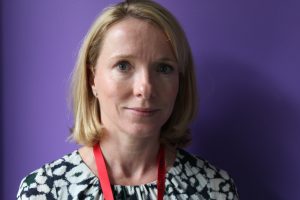 Sarah Fitzpatrick[/caption]Sarah’s professional background is as a solicitor specialising in employment law and Sarah was also a principal lecturer at Northumbria University. She is currently a trustee at the Children’s Heart Unit Fund (CHUF).

Sarah likes to keep fit at the gym, play golf (but only in the sun) and spends her free time with her young family. 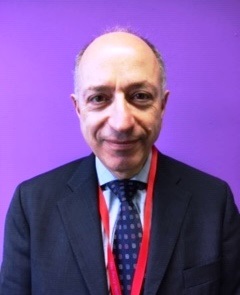 Tim Frazer was Professor of Law at Newcastle University and served as its Dean of Law. He has more recently been a partner at a leading law firm in the City of London and led its office for over a decade. Having retired from the legal profession, he is now a judge in the Competition Appeal Tribunal.

He is the author of several textbooks on competition law. He is a director and trustee of Citizens Advice Northumberland.

Having acted pro bono for several international and national charities while in practice, he is now delighted to be serving as Trustee for the Foundation. 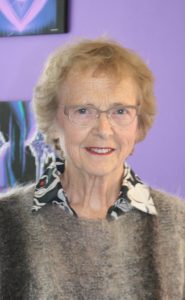 Dr Mary Gibson joined the Board of Trustees in January 2014, having previously worked as Medical Director at Percy Hedley School. Mary also worked as a consultant paediatrician in child development and disability at the Royal Victoria Infirmary for 23 years.

She was presented with a Percy Hedley Lifetime Achievement Award by former Percy Hedley Chief Executive, Dr Tony Best, in recognition of the exceptional support she gave to hundreds of children and families at the school over the years. 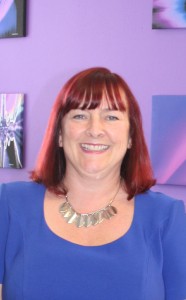 Susan was appointed a Board Trustee at the Percy Hedley Foundation in 2014. In her day job as Director of Corporate Strategy and Policy at Gateshead-based IT experts ITPS she supports the political and managerial leadership of the business in strategic decision making, policy development, effective performance and risk management. 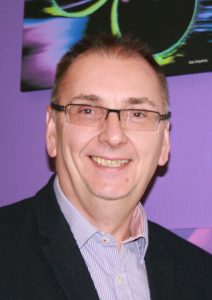 Jonathan became Chair of the Board in 2018. He joined The Percy Hedley Foundation as a trustee in 2012 after attending the opening of the Able 2 internet café in Forest Hall. He sits on the Pensions Sub Committee and is a governor at Hedleys Percy Hedley School. Jonathan, who is a member of the Law Society of England and Wales, is Company Secretary and General Counsel of Greggs plc and is responsible for legal, food safety, health and safety, governance, pensions, risk management, internal audit, social responsibility and the Greggs Foundation.

Jonathan’s hobbies include golf, being walked by the dog and planning to one day fix his vintage tractor. 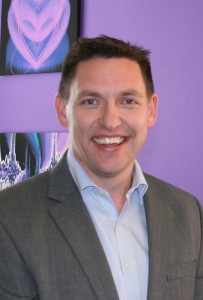 Damon joined the Foundation as a trustee in 2015.

Damon has a property background as a chartered surveyor and is a Fellow of the Royal Institution of Chartered Surveyors. As a trustee, Damon works closely with the Executive team in developing the Foundations’ Accommodation Strategy. Damon also chairs the Residential Services Committee.

Damon is currently Managing Director of Northumbria Healthcare NHS Trust where he runs their property subsidiary business, NHFML. Prior to this, Damon was a Director of Northumbria University leading on all Estate Development, Facilities Management and Commercial Services activity. Damon was originally a graduate trainee with Northern Rock and has since held a number of leadership roles with Virgin Money and Grainger plc.

Away from work, Damon is kept busy with four children and his passion for Newcastle United. 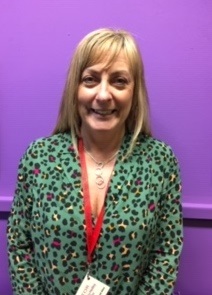 Alison joined the Foundation as a Trustee in 2019 after becoming aware, through the child of a friend, of the fantastic support and services it provides to local families. She is also a governor of Percy Hedley School.

Alison has spent her career in project management and is currently Director of Programme Management at Home Group, a national social enterprise and charity providing integrated housing, health and social care. Her role sees her taking responsibility for all strategic change and business transformation projects.

Having worked for British Airways for many years previously, Alison has a passion for travel. She combines this with her love of horse riding at every opportunity and is never happier than when galloping along a (preferably sun drenched) beach. 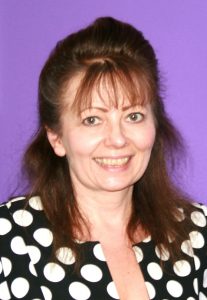 Angela joined The Percy Hedley Foundation as a Trustee in 2016 having previously been a member of the Foundation’s Audit Committee. Angela is a Fellow of the Institute of Chartered Accountants and a Certified Public Accountant with 28 years’ experience of finance and risk in the UK and Abroad. She is Finance Director and Deputy Chief Executive at Newcastle Building Society and previously worked for PricewaterhouseCoopers. 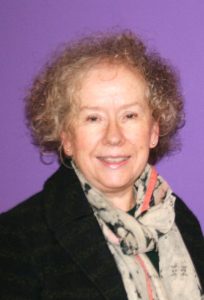 Anne was appointed a Board Trustee at the Percy Hedley Foundation as well as a governor of Hedleys College in January 2017.

She is a qualified accountant with 30 years experience working in NHS finance, more than 13 years post qualification experience at a senior level across a wide range of financial functions.  Although she retired in June 2016, she has returned to work for a few months and is currently Head of Finance NHS England Cumbria & North East. She has responsibility for assuring the financial performance of the 11 Clinical Commissioning Groups (CCGs), producing future year plans that deliver the required clinical outcomes and meet the business guidelines, as well as providing more intensive support and performance management of financially challenged CCGs.

She has a strong commitment to staff development, which began when she was Regional Scheme Manager for the NHS graduate financial management training scheme.

Anne’s interests include going to the theatre, trying to read a new book each week and travelling regularly to Spain.

Day-to-day management and operations are delegated to an Executive Team, which is led by our Chief Executive. You can find out more about our Executive Team here:

Carole is an experienced executive and a qualified teacher. She took up her post at the Foundation seven years ago after spending most of her career in the NHS, most recently as Director of Community Services for Durham and Darlington Community Health Service.

She has an MBA and is a member of the Chartered Institute of Personnel and Development. Through her work she has experienced both operational management and organisational development whilst maintaining a focus of the needs of the people who use the services. 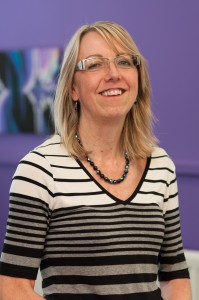 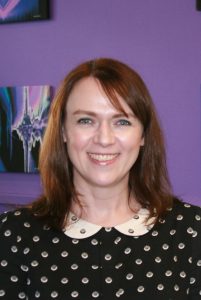 Tara joined in January 2017 as Director of Support Services and Business Transformation.  Her remit covers Estates, Fleet, Cleaning, Catering, Health and Safety, Human Resources, IT, Project Management and Quality Assurance across the Foundation.

She started her career as an apprentice, progressing through AAT and CIMA qualifications to become a Fellow of the Chartered Institute of Management Accountants.  Over her career, she expanded to both operational and wider support services roles as her main focus is to drive organisation improvements and make a difference in business.  She has worked in a variety of industries and companies from a small family owned business, to a national charity, to worldwide manufacturing and service organisations.  She has a passion for people being the best they can be.

Tara lives in Gateshead with her husband and son where she enjoys family time, cooking and escaping in films and books.

We employ over 800 staff to ensure our service users receive the best care and support every day. 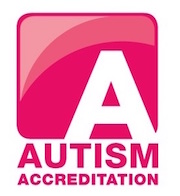 By default cookies are switched off for this site. You can enable them by clicking the green button.

Some contents or functionalities here are not available due to your cookie preferences!